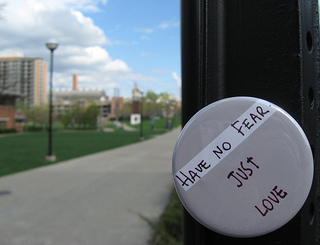 I always find it interesting when I get a “you’re doing it wrong” email stating some stats about how (in this case Twitter) there is a right and wrong way to do a channel of marketing.

Why I find it interesting is that it never fails that something being used socially turns such a quick corner into being scientific, monetized, “business tactic”, a you-must-do-this-or-you-will-fail necessity. It’s fear.

For instance, in this study, it is only really looking at 320 large brand twitter accounts. Those accounts are being used in such a different way than most actual people use twitter, and in my opinion, the way in which twitter was founded to use. So now there is a study saying we’re all doing it wrong. I disagree.

I don’t disagree because of the facts, who knows, maybe I am doing it wrong. But maybe I’m doing it wrong for different reasons. Maybe it has nothing to do with the findings of the study and more about the fact that maybe my potential clients aren’t as active (right now) socially or maybe they are still trying to figure out what twitter is!

The challenge for the small business owner is to stay the course. I’m not saying don’t venture into the social space or try anything new or get out there and take advantage of every internet marketing opportunity afforded you, but I am saying to be careful what you hear. Don’t react to the fear that is constantly thrown at you regarding social media. If you have something important to sell/say/give, guaranteed there is an audience out there eager to hear all about it.

And they won’t care if you did it “right” or not.