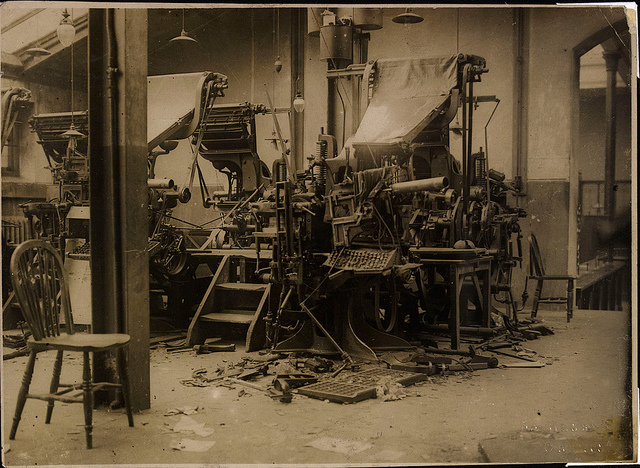 For roughly a year I have helped my mom self-publish her series of books for kids called Anatomy for Kids. She wanted to self-publish rather than deal with publishers who would want to  have a say in the content and overall I think it’s a better financial move if you can pull it off.

There are a ton of different routes you can go and decisions to make when self-publishing, but I thought I would share some of our approach to maybe save you some time / money / pain.

After looking through a lot of the on-demand or digital print options, it became clear the quality we were looking for required a 4-press operation. Off-shore printing (Hong Kong, namely) options and near-shore Mexican printing options were explored, but for the volume of our initial print it actually didn’t make a ton of sense financially or price-wise for us to go that route. Once we have a product that is more finalized and a much larger volume that option will be more viable. We opted for a printer in California, within driving distance. It has been a great decision as they have been able to be responsive to our needs and changes. It also has been helpful as my mom is more of a face-to-face person so it has been great for her to get up to speed on the dynamics of printing.

A website was a given. For us, our needs were quite simple. We started a WordPress site with a custom theme to try to set the brand a bit. After a while we focused more on the blog to try to get some conversation happening and some messaging out. This is also when we really ramped up the social media. Unfortunately, I think we started a bit too early in the social media process in the sense of pushing content that wasn’t really applicable to try to grow the base. I know the arguments for posting “relevant” content, but it seemed to be mainly fluff work that we were doing to get more followers. Again, I know there is value, but I think overall it wasn’t as successful mainly because we weren’t ready (at the time) to have a lot to say/share/sell.

Once the books came out and the resources were created there was more to chat about. I’m also a bit of a purist, I think, when it comes to social media. How I define that is that I think and use social media as a series of channels to get good content out and connect with my community/audience, not just a way to create more noise or get “likes”. If I have something worthwhile to say, it will get shared.

One other major development effort was a community. I have seen the power of community elevate business beyond imagination. It gives people such a simple way to get their needs met and allows the rest of the community to contribute rather than just get marketed to. With the topic of teaching kids about their bodies, to me it was a no-brainer. We went out and looked at various platforms for community and decided that we would go with GetSatisfaction as our provider. I mainly wanted to have something in place that I didn’t have to host (in case it grew quickly), had a good set of features, could give us some SEO love, but mainly was out of my hands so mom and her crew could get in there and do their thing.

The challenge I found was that the topic itself wasn’t really something that people were all chatty about. What we’ve found over and over is that because the topic is so sensitive for many, they don’t really want to go online and have lengthy conversations about it. They do value resources, so it’s mainly been a place we think will be a resource hub, but in reality we are sort of ‘moving a couch with a semi’ by having such a large platform on board. We’re in the process of just switching to something within WordPress, but overall I think it’s been a bit underwhelming to watch the community. I do hope that at some point the base will grow as I really do think there is power in building that platform of people, especially for self-publishers.

When we first set out to sell the books, there were some pretty good horror stories about Amazon just shutting down people online because of minor infractions, etc. Even now there are issues surrounding Amazon blocking publishers. So we started down the route of doing our own store through BigCommerce.com. I really like this platform as it’s so easy to spin up a store and get it worked out exactly as you like it. It’s a fully hosted solution for minimal cost each month so it was perfect.

Now, a year later, we are moving everything to Amazon. In reality, we just need more eyeballs on our products. And because we sell books, we should be on Amazon and really dominate the marketing to drive people there, get comments and ratings, and work the Amazon marketplace a bit more.

The final piece of the puzzle (as far as I am concerned) is how to get sold books to the people who bought them. In preparation for the potential to sell a ton of these books we decided to work with a local fulfillment company. My only requirement was that they integrated with BigCommerce so all that would flow through seamlessly. We found a great place that totally worked with us as a “start-up” so that was even better. Now, however, we’re realizing that since we are selling primarily through Amazon, we should just fulfill through Amazon. Monthly pricing is cheaper, people can tap into their Prime memberships and ultimately I think they’ll be happy to get the product quicker. I do think there is value with fulfillment companies depending on your volume.

I know a lot will change as volume and exposure grows, but I can say that it’s been a wild ride so far. Some lessons were quite expensive to learn, others I think we were able to bypass by tapping into the technology that is out there. Where we’re still not doing a great job is in consistency with email marketing and we’re not doing a ton with PPC or paid online ads (mainly as our budget is really tight), but there’s some really good stuff coming and I’m excited to watch as mom is getting out there promoting the books to see the response and the energy.

It’s pretty amazing to watch as now there are four books printed and ready to go, there’s a base of people who are becoming our champions and I really think sky is the limit for where all this can go. There may even be an app coming, but you didn’t hear that from me.